SocExplorer is an open source generic System On Chip testing software/framework. We write this software for the development and the validation of our instrument, the Low Frequency Receiver (LFR) for the Solar Orbiter mission. This instrument is based on an actel FPGA hosting a LEON3FT processor and some peripherals. To make it more collaborative, we use a plugin based system, the main executable is SocExplorer then all the functionality are provided by plugins. Like this everybody can provide his set of plugins to handle a new SOC or just a new peripheral. SocExplorer uses PythonQt to allow user to automate some tasks such as loading some plugins, configuring them and talking with his device. SocExplorer is provided under the terms of the GNU General Public License as published by the Free Software Foundation; either version 2 of the License, or (at your option) any later version. 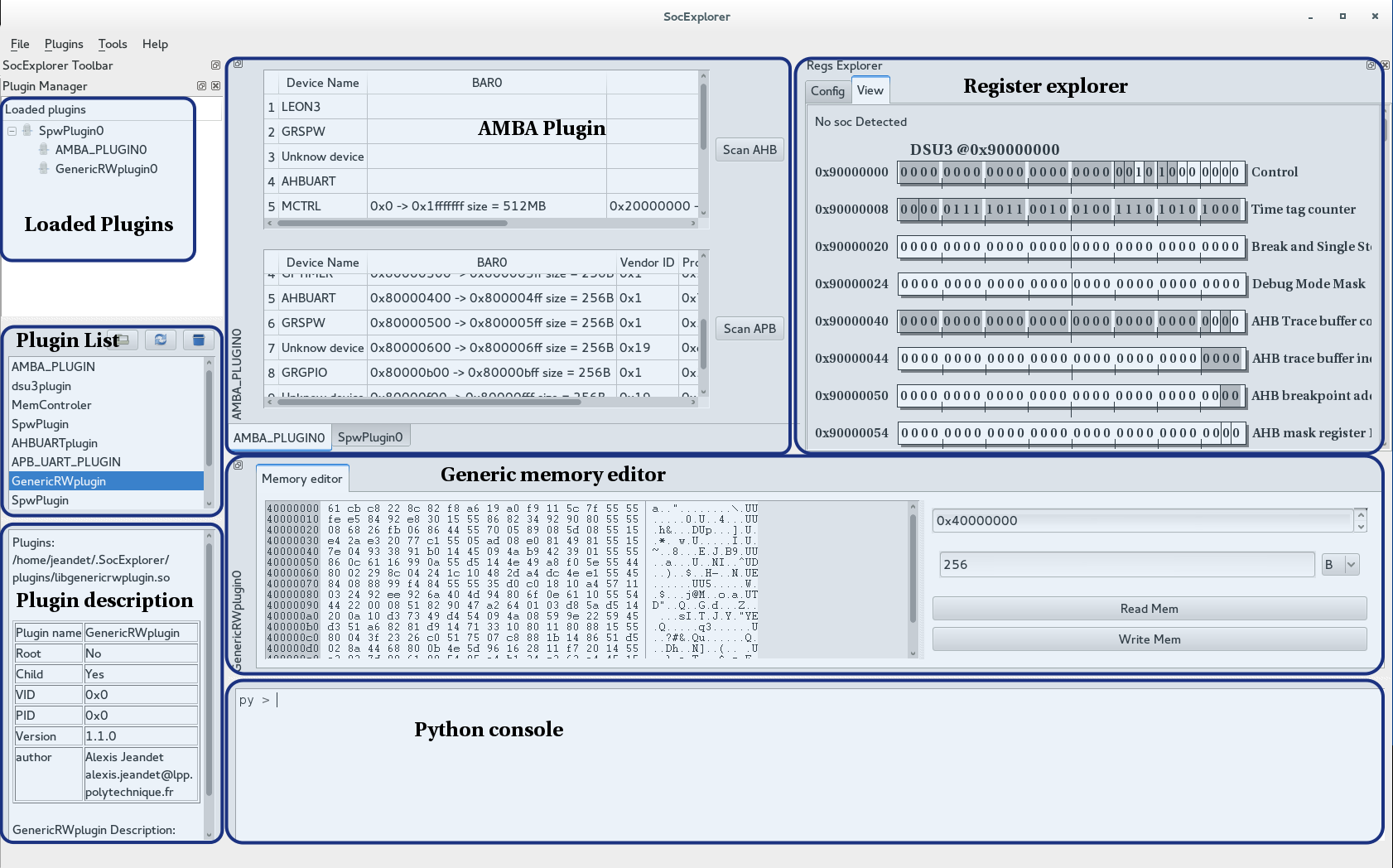